Dostupnost
skladem
Vydavatel
Farra, Straus and Giroux
ISBN
EAN
KD41
Počet stran
672
Rok vydání
2014
Kniha skladem na prodejně v Trnavě. Writing in The Wall Street Journal, David Gress called Francis Fukuyama's Origins of Political Order "magisterial in its learning and admirably immodest in its ambition." In The New York Times Book Review, Michael Lind described the book as "a major achievement by one of the leading public intellectuals of our time." And in The Washington Post, Gerard DeGrott exclaimed "this is a book that will be remembered. Bring on volume two." Volume two is finally here, completing the most important work of political thought in at least a generation. Taking up the essential question of how societies develop strong, impersonal, and accountable political institutions, Fukuyama follows the story from the French Revolution to the so-called Arab Spring and the deep dysfunctions of contemporary American politics. He examines the effects of corruption on governance, and why some societies have been successful at rooting it out. He explores the different legacies of colonialism in Latin America, Africa, and Asia, and offers a clear-eyed account of why some regions have thrived and developed more quickly than others. And he boldly reckons with the future of democracy in the face of a rising global middle class and entrenched political paralysis in the West. A sweeping, masterful account of the struggle to create a well-functioning modern state, Political Order and Political Decay is destined to be a classic 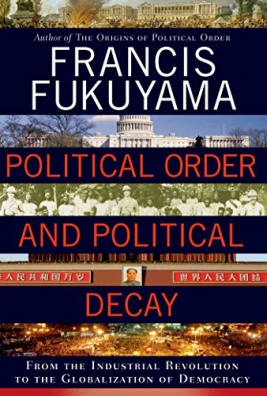 Theory,Data and Analysis - Data Resources fot the Study of Politics in the Czech Republic