Theory,Data and Analysis - Data Resources fot the Study of Politics in the Czech Republic

Dostupnost
skladem
Vydavatel
Institute of Sociology AS CR
Počet stran
403
Místo vydání
Praha
Rok vydání
2012
ISBN
9-788073-302191
EAN
LK5132
This book deals with empirical research using political survey data and is primarily intended for anyone exploring politics in the Czech Republic using quantitative data. Many of the themes addressed in this study have application to the use of quantitative political data in other national contexts and across the social sciences more generally. This book is divided into three parts: theory, data and analysis. In the first part there is an examination of the theories underpinning the most important source of political data: survey research. Here there is an overview of the role of political attitudes and public opinion within political theory from Plato to Habermas. In addition there is an overview of the nature of political attitudes and recent insights from neurocognitive research. Part two maps out the main sources of political survey data available in the Czech Republic; and also deals with elite, expert survey and Comparative Manifesto Project data. The third part deals with the analysis of these datasets with a specific emphasis on the Czech Republic. This study argues that political data do not speak for themselves and require interpretation: and hence the need to integrate the theory, data and analysis components of research. 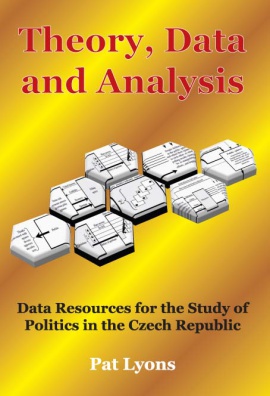