Dostupnost
skladem
Vydavatel
Academia
ISBN
978-80-200-3010-8
EAN
9788020030108
Počet stran
592
Místo vydání
Praha
Rok vydání
2019
The present monograph focuses on the distribution properties of a sequence. This distribution we shall identify with the set of all distribution functions of a such sequence. The importance of this set is resulting from the fact that most properties of a sequence expressed in terms of limiting processes may be characterized by using this set. Part of the results listed in this book were presented at the conferences in Vienna 1996, Graz 1998, Marseilles 2008, Strobl 2010, Smolenice 2012, Ostravice 2014, Sopron 2016 and in author’s Unsolved Problems published in 2013. This book is also a supplement of the previous monograph of the author and Š. Porubský, Distribution of Sequences: A Sampler, Peter Lang, 2005, which is an encyclopedia of sequences but it does not contain proofs of theorems which are contained in the present book. Oto Strauch is a member of the research staff of Mathematical Institute of the Slovak Academy of Sciences since 1986. His current field of interest is the theory of optimization with the emphasis on the theory of distribution functions of sequences. He is also one of the founders of the Uniform Distribution Theory journal, published by BOKU (Vienna) and MI SAS (Bratislava) and printed by VEDA SAV. 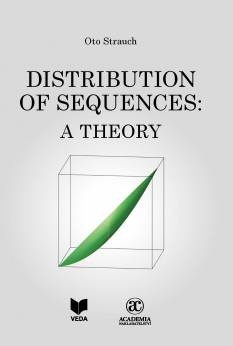 Substance Use in a Comparative Perspektive