Dostupnost
skladem
Vydavatel
Oxford
ISBN
978-0198843177
EAN
9780198843177
Počet stran
576
Rok vydání
2021
wo of the most widely used terms in medicine are 'placebo' and placebo effect, even though it is not always clear what exactly they mean. Recent progress in biomedical research has allowed a better clarification of the placebo effect. We now know that this is an active psychobiological phenomenon which takes place in the patient's brain and that is capable of influencing both the course of a disease and the response to a therapy. Placebo Effects (3e) is a significantly updated and expanded new edition of a highly successful and critically acclaimed textbook on placebos. It is the first book to emphasize that there are many placebo effects and reviews them critically in different medical conditions, such as neurological and psychiatric disorders, cardiovascular and respiratory diseases, immune and hormonal responses, as well as oncology, surgery, sports medicine and acupuncture. In addition, it looks at the psychosocial context, which is considered crucial to the placebo effect. For example what the doctor says to the patient, as well as their attitude, can greatly influence the placebo effect. Exhaustive in its coverage, and written by a world authority in the field, this is the definitive reference textbook on the placebo effect - one that is essential for researchers and clinicians across a wide range of medical specialities. 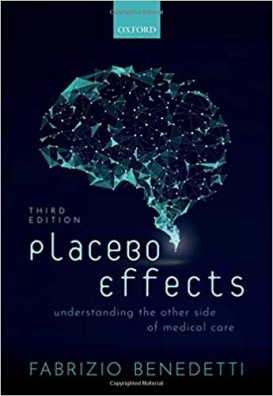