Macrophytes of the River Danube Basin

Dostupnost
skladem
Vydavatel
Academia
ISBN
978-80-200-2743-6
EAN
9788020027436
Počet stran
408
Místo vydání
Praha
Rok vydání
2018
This book provides special information on the aquatic vegetation of one of the World’s major river systems, the Danube. The chapters highlight results derived from a uniquely detailed survey of freshwater macrophytes along the complete length of the Danube River from its source in Germany to its mouth in Romania, where the Danube Delta meets the Black Sea. Two introductory chapters discuss the essential ecological role played by aquatic plants in river ecosystems, as well as the methodological background of this study, ensuring identical survey principles along the Danube and for rivers in the catchment, thus providing harmonised results, including the chapter on two Moravian tributaries of the Danube, where a different field survey approach was performed. The following chapters deal with particularly interesting information on macrophytes, e.g. species composition, habitat relationship or temporal development regarding diversity, seen as highlights in the national river reaches. Macrophyte species covered in the chapters are recorded with the scientific name and the equivalent in the corresponding national language, fostering “native” terminology among readers less familiar with binary nomenclature, in a highly multi-lingual river basin. This should enable readers with a non-exclusively scientific background, e.g., involved in conservation activities, in governmental or private relation, or in teaching, to make better use of the information covered by this book. Other chapters deal with a number of tributary rivers, ponds and canal systems, and carnivorous aquatic plants, a poorly known group of high scientific and conservation interest. Finally, a summary species list, including synonyms and the abbreviations of species names used in graphs and tables, is provided for the Danube river corridor and other water bodies surveyed during the course of the study. With this book the editors aim to promote scientific and public interest in aquatic plants and their general importance in the Danube River Basin, and beyond. 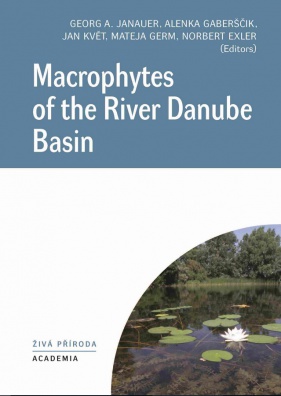