State as a Giant with Feet of Clay

Dostupnost
skladem
Vydavatel
Peter Lang
ISBN
978-3-631-65375-3
EAN
LKH066
Počet stran
182
Místo vydání
Frankfurt an Main
Rok vydání
2014
Formát
A5
Many contemporary states, even the European ones, resemble a giant with feet of clay. They tend to be greater in terms of the scope of governance, rather than in terms of their territory or population. Since they are great, they are also costly, though often very limited in various respects. One perilous alternative is the state-giant of Thomas Hobbes. But there are other possibilities as well, such as the liberal state, effective, yet small or lean; or the dreamt-up state of the conservatives, based on the principle of subsidiarity, acting only as a complement to civil society. The fundamental thesis in this book is that the states in which we live are great, however weak. The book then discusses the main categories of limits on state power, such as human rights, international law, EU law and societal changes. 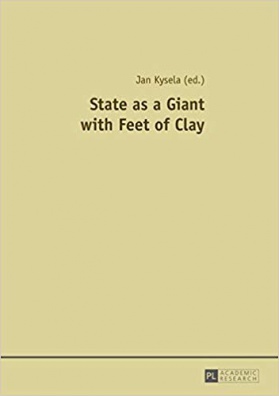 Constitutional Law of the Czech Republic