Praying for Justice - Faith, Order, and Community in an American Town

Dostupnost
skladem
Vydavatel
Cornell University Press
ISBN
978-08-0141-971-3
EAN
KD139
Počet stran
224
Rok vydání
2009
Kniha je skladem na prodejně v Trnavě. Anthropologist Carol J. Greenhouse offers an ethnographic study of attitudes toward conflict and law in a predominantly white, middle-class, suburban, principally Southern Baptist community."A most stimulating book . . . .Praying for Justice is very successful in describing a people's aversion to discord by means of cultural analysis based on sensitive use of ethnographic and archival materials. . . . There is also the pure interest in figuring out a cultural system that is not of law, but that impacts on law, one that is based on justification rather than command, on participation rather than obedience, a system of handling conflict not requiring the application of human authority. . . . This book is superlative."-Law and Society Review"A welcome study analyzing the ideology of Southern Baptists in a suburban community in Georgia. Greenhouse's concern is how religious beliefs provide a basis for people's ideas about justice in their social order and how conflicts or potential conflicts are overcome or avoided entirely by invoking religious doctrine. . . . Her sophisticated analysis of the data is impressive and demonstrates an understanding of Southern beliefs that few scholars have achieved."-American Anthropologist"The strength of this work is in its imaginative explanation of the structural means of conflict resolution. Greenhouse goes to painstaking length to explain the Baptist response to conflict. . . . She absorbs herself in her data and maintains that delicate balance of scholar and confidant to her subjects."-Contemporary Sociology 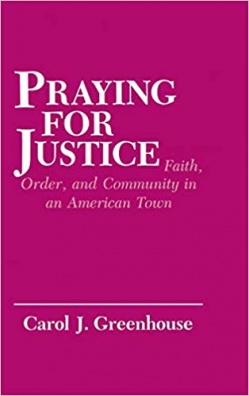 Visions and Realities of Party Government