Dostupnost
skladem
Vydavatel
Cambridge Scholars Publishing
ISBN
978-1-5275-5982-0
EAN
9781527559820
Počet stran
388
Rok vydání
2021
European integration is not a priori positive or negative: it results from the interaction between various interests. During the past few years, however, it has been impossible to ignore increasingly strident claims that the European Union is in the midst of a crisis. According to this perspective, European institutions do not function well, democracy in the Union is flawed, eurozone problems have reached a critical point, and inward migration, which European institutions seem incapable of handling, is escalating. This book demonstrates that public choice theory can be a suitable analytical tool to examine the European integration process. It is based on the assumption that consumers, politicians and even nations are similarly concerned with their own interests (economic, political, and so on). Public choice theory enables us to ‘de-idealize’ the European integration process and see the interests of individual actors in the process more realistically. European integration does not occur because the actors are altruistic; rather, it comes about due to their rational pursuit of individual or group self-interests. European integration and other forms of globalization are not irreversible. For every action, there is an equal and opposite reaction. It remains a possibility that, after several decades of European integration, we are now entering an era of disintegration. This book will serve as a source of edification for academics, politicians, students, and experts, as well as the general public. It is designed to capture the interest of both graduate and postgraduate students of economics, political science and international relations. 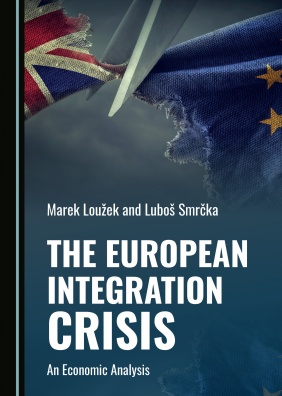